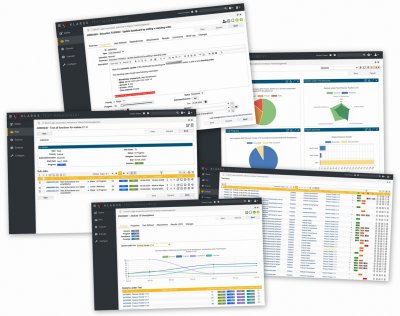 Klaros-Testmanagement 5.0.2 has just been released.

This is a maintenance that fixes an issue when migrating existing content repositories and adds several other small improvements and stability fixes. In this release 7 new improvements have been added and 11 bugs have been fixed. Existing users are encouraged to update.

In total more than 17 bugs have been fixed, and 51 improvements as well as 15 new features have been added. 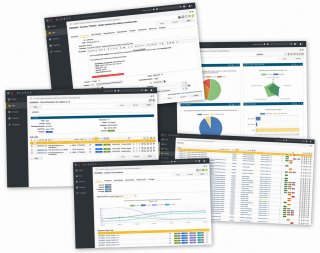 Klaros-Testmanagement 5.0.1 has just been released.

This is a maintenance release that makes it easier when working with jobs that contain subjobs and also fixes several issues that have been introduced with version 5.0.0.

10 years after the first release of Klaros-Testmanagement as a free community edition, the completely revised version 5.0 has now been released.

With the switch to PrimeFaces as the underlying frontend technology, the user interface underwent a complete revamp. In addition to the modern and more attractive look, the usability and convenience has been improved.

In reporting, a lot of new functionality has been added to the dashboard. The included customizable report templates were redesigned and new ones have been added.

Database access has been completely revised and has been significantly accelerated especially for writing and batch operations.

In total more than 13 bugs have been fixed, and 50 improvements as well as 15 new features have been added.

We are happy to announce the public availability of the third release candidate of Klaros-Testmanagement 5.0.

Version 5.0 offers a completely overhauled user interface, a fundamental redesign of the database access and many other new and interesting details.

We are looking forward to feedback from the community and early adopters while we are finalizing this release in the next days.

As it is common with pre-release software, this version is not yet intended for productive use.

Now go grab your copy here: https://www.klaros-testmanagement.com/download and let us know your thoughts!

We are pleased to announce the availability of Klaros-Testmanagement version 4.12.7

The feature release Klaros-Testmanagement version 4.12 features a completely rewritten Redmine integration with support for Redmine 4.0 and is now certified to work with OpenJDK 8.

Further details are available in the Release Notes.

No threat from Log4j exploit for Klaros-Testmanagement